What exactly is Safemoon ? why its Trending in the Crypto world permalink

Like Bitcoin, Ethereum, and Dogecoin etc, Safemoon is relatively ayoung cryptocurrency is attempting to reach the moon.

SafeMoon, which was launched in March, has recently gained traction thanks to a promise that it will prevent the huge price swings that plague Bitcoin, Ethereum, and, more lately, Dogecoin.

According to the Currency's Website, 2.1 million people have purchased SafeMoon thus far. Its price is a fraction of a cent—$.000009—but it's up 202 percent in the last month as the value of cryptocurrencies has skyrocketed.

SafeMoon, on the other hand, satisfies what appears to be an insatiable need for cryptocurrency. Dogecoin's value has lately soared, thanks to a hefty boost from Tesla CEO Elon Musk. Other dog-themed cryptocurrencies, such as Shiba Inu and Internet Computer, which emerged last week, have also acquired traction.

Market cap of some trending currencies 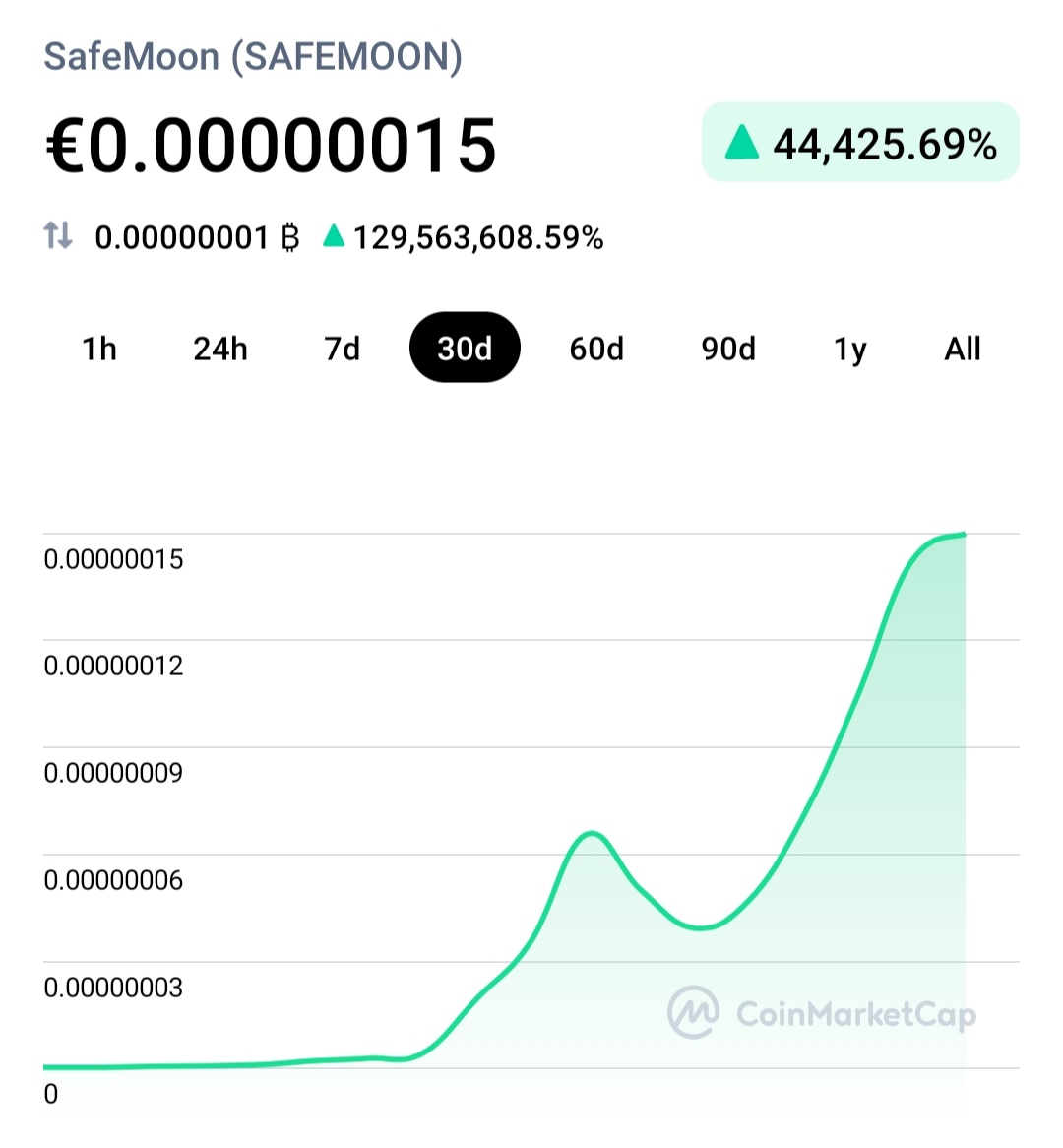 What exactly is SafeMoon? permalink

SafeMoon is a digital currency that is similar to Bitcoin and Ethereum but differs in a few crucial ways. Its founders claim that they intend to address some of the issues that other digital currency have, such as price fluctuation. By charging a ten percent charge on each sell, SafeMoon hopes to prevent day trading of its coin and reward long-term holders. Existing coin owners receive a sort of dividend in the form of extra coins, with half of the fees earned going to them.

SafeMoon explained its currency, saying, “The idea here is to prevent larger dips when whales decide to sell their tokens later in the game, which keeps the price from moving as much.” Whales are investors who own significant sums of digital money.

SafeMoon also claims to prefer manual burns over continuous burns, which are when digital currency are removed from circulation for a specific reason. According to the designers, manual burns allow SafeMoon greater control over the coin's supply. The price of the coin would rise if there was less supply and more demand.

What are the plans for SafeMoon?

SafeMoon has mapped out a plan for the coming year. The company said in the first quarter that it had increased its workforce size and started a marketing effort. Following that, the business intends to finish a SafeMoon app (though it is unclear what the app would perform), a wallet, Safemoon Exchange and games.

It also aims to look into letting its currency to be traded on platforms like Binance, start developing its own exchange, increase its team by 35%, and open a U.K./Ireland office. The company said it wants to finish its SafeMoon Exchange and launch an African-based SafeMoon office in the second half of the year.

Though its a relatively new coin and many said and called its a meme coin bylooking at its 1 quadrillion supply coins but considering the burn rates and other stats we can assume that its on a different level than other meme coins , and also the fact that it has 2.1 million investor in less tha 2 months its just inredible and safemoon community is so strong and very active and in the future we can assume that its users growth will increase tremendously and may even compete wth big giants like Etherium and Bitcoin