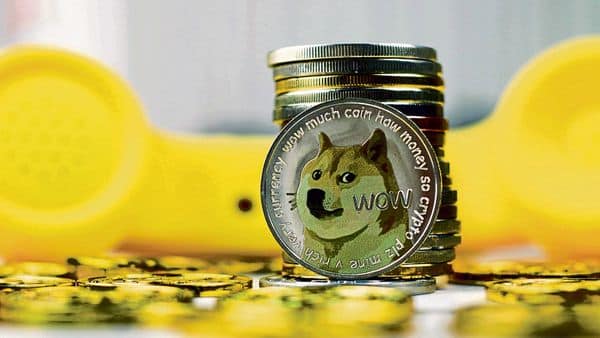 Shiba Inu's market capitalization has increased by more than tripled in the last week, to $33.4 billion.

This boosts the cryptocurrency above Dogecoin, Terra, Avalanche, Chainlink, stable USD coin, and other cryptocurrencies in terms of MarketCap.

Today, the meme coin reached a new all-time high of $0.0000677, on the verge of losing another decimal point, as its whole market worth surpassed $33 billion. According to CoinGecko, Shiba Inu is now the world's ninth largest cryptocurrency by market capitalization.

Shiba Inu has been racing to the moon for the entire month of October, which has been called ‘Uptober' by the online community, with other cryptocurrencies, including the world's oldest, Bitcoin, reaching new highs. The token's value has doubled in the previous week alone.

Shiba Inu continues to increase, despite the fact that Bitcoin has subsequently corrected to slightly over $60,000 from its peak of $67,000. The cryptocurrency has risen by almost 40% in the previous 24 hours, thanks to an unnamed crypto whale — someone who owns a large number of cryptocurrencies — purchasing 276.6 billion SHIB tokens valued roughly $11.5 million at the time of purchase.

Shib has now Bigger than Robinhood itself. permalink

The CEO of Robinhood avoids the issue. permalink

When Shiba Inu cryptocurrency first gained traction because tech mogul Elon Musk purchased a dog of the same breed named Floki, a petition to list the token on Robinhood was started on change.org.

It made its case for inclusion by citing the popularity of Dogecoin on Robinhood. Musk has subsequently clarified that he owns only Ether, Bitcoin, and Dogecoin, not any SHIB tokens.

The $33 billion NASDAQ-listed corporation held its third-quarter earnings call on October 26 and, although being aware of the request, did not address it – despite the fact that the petition has over 300,000 signatories.

Shibu Inu, often known as the SHIB token, is dubbed the "Dogecoin Killer." Simply said, it aspires to be the world's largest meme coin. And, at the moment, it doesn't appear that the cryptocurrency's quick ascension through the ranks will be a moonshot.

The coin was established only a year ago, in August 2020, by a person going by the moniker ‘Ryoshi.' Shiba Inu is based on the Ethereum blockchain, unlike Dogecoin, which is based on the actual source code of Bitcoin.