The cryptocurrency has been boosted by a wave of purchasing momentum spurred by the debut of the first U.S. ETF . 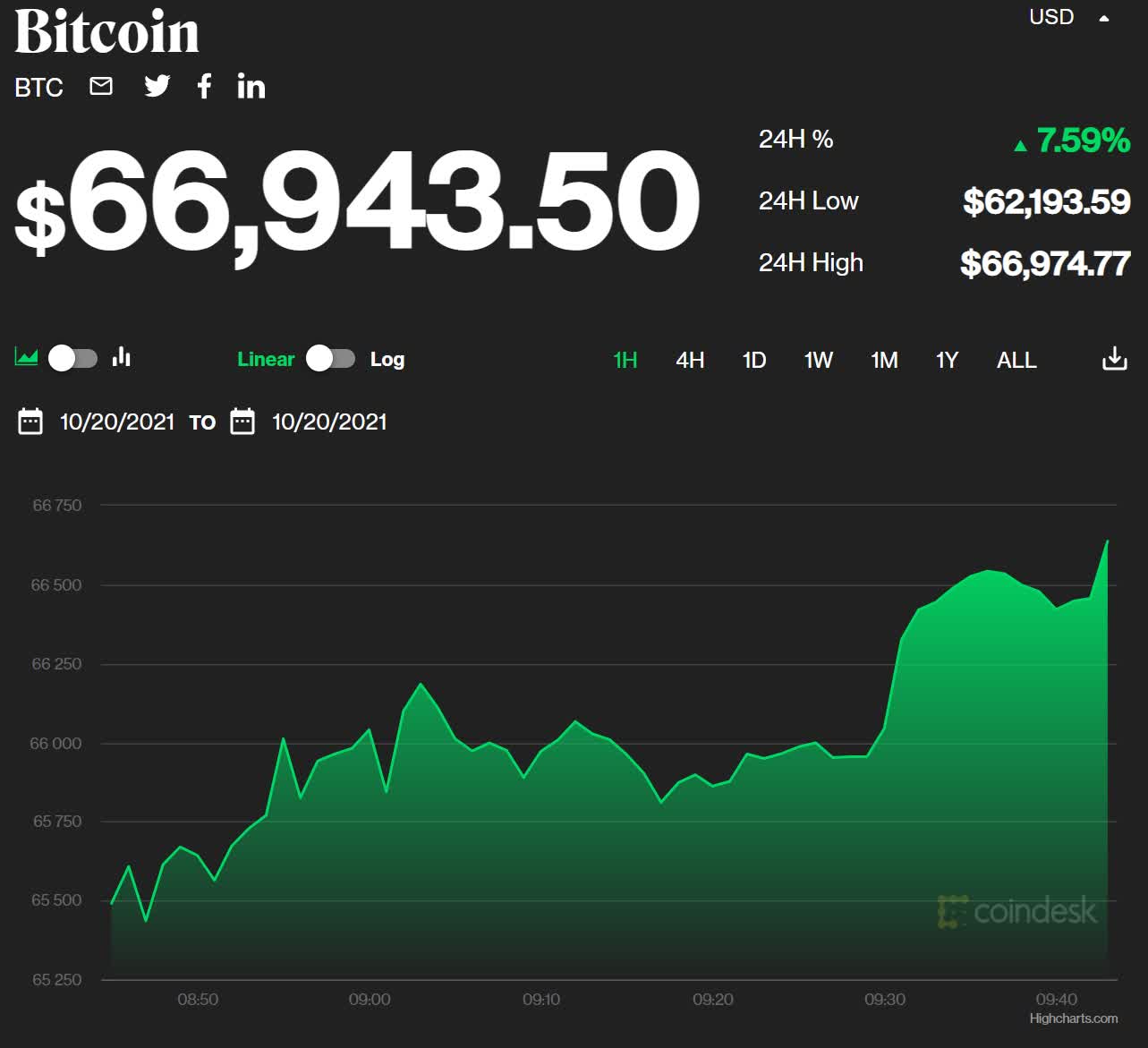 Bitcoin struck a new high on Wednesday, fueled by a wave of purchasing after the first cryptocurrency-linked exchange-traded fund began trading in the United States.

According to CoinDesk, bitcoin reached a high of $66,974.77 on Wednesday, surpassing the previous high of $64,889 set in April. It plummeted to a low of $29,608.60 in July before surging back thanks to a slew of events signalling the digital currency's transition from the shadowy outskirts of the investing world to the mainstream.

The latest was the Securities and Exchange Commission's clearance of the first bitcoin-focused ETF, which began trading Tuesday and surged 5% in its first day. The session saw about $1 billion worth of shares exchanged, making it the second-highest volume ETF debut ever.

The new fund, which invests in bitcoin futures contracts rather than actual coins, makes it easier for regulated institutions to gain exposure to bitcoin and the larger crypto market.

"Crypto is gaining traction as an investment option, and the introduction of ETFs might be a huge step forward," said Lindsey Bell, chief investment strategist at Ally Invest. According to her, the fund's movements may not precisely reflect bitcoin price changes, making the ETF a poor proxy for investors.

In the next weeks, several bitcoin futures ETFs are likely to begin trading. According to Hong Fang, the CEO of crypto exchange OKCoin, they should provide a new entry point into the crypto market for investors who have been "long deterred by regulatory uncertainty and danger" of buying bitcoin directly.

Despite the recent rise and surge in popularity, uncertainties remain regarding bitcoin and cryptocurrencies in general, according to UBS analyst Mark Haefele. Regulatory risk remains, he said, and cryptocurrencies' rapid price swings make them a "questionable value" as a tool to mitigate portfolio risk.